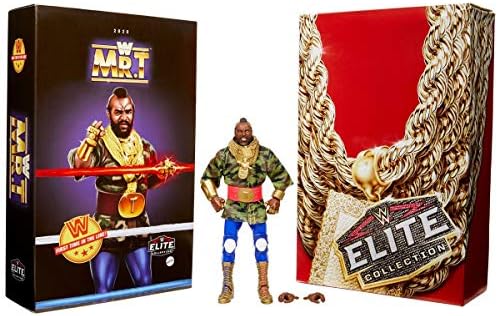 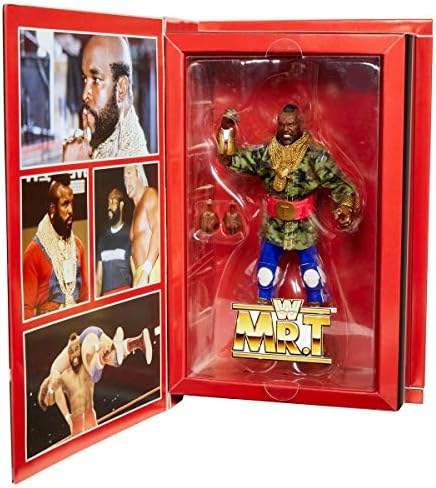 Inspired by his first-appearance look in the WWE ring, this 6-inch scale WWE Mr. T Elite Collection Action Figure – 2020 Convention Exclusive is an amazing find for any wrestling fan. Bold and colorful and boasting deluxe articulation, it features his signature mohawk, enhanced facial detailing for lifelike authenticity, and realistic ring gear featuring overflowing “gold” chains and a camouflage jacket. Plus, Mr. T comes packaged in a closed box inspired by a retro wrestling poster. This exclusive will certainly sell out quickly, so get your order in now so you don’t miss out! Colors and decorations may vary. Ages 8 and up. Capture the non-stop action with this exclusive action figure representing Mr. T’s importance to WWE. Mr. T main-evented the first WrestleMania as Hulk Hogan’s tag-team partner, was one of the biggest TV and film stars of the 1980s, and was – and is to this day -a pop culture icon who attracted the attention of the entertainment world and catapulted WWE into the mainstream.
Capture the non-stop action with this exclusive action figure!
Inspired by Mr. T’s first appearance in the WWE ring.
Features his mohawk, lifelike facial detailing, and realistic ring gear!
Bold and colorful, with deluxe articulation.
Packaging is inspired by a retro wrestling poster!