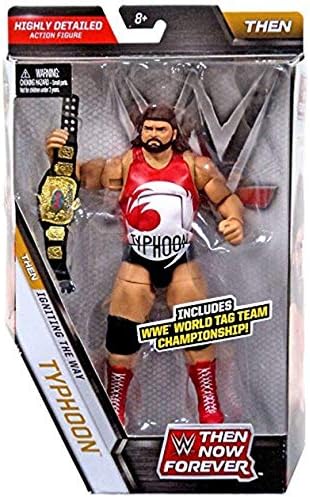 As mild mannered and loveable as the Tugboat was in fans’ eyes, he soon transitioned into something far more fierce. Typhoon emerged as a powerhouse and teamed up with Earthquake to become the Natural Disasters. These two giants dominated the tag team arena and in 1992 won the World Tag Team Championship.
Elite Series Typhoon WWE Figure Then Now Forever Igniting The Way.
Ages 8 and up.
Small pieces, not recommended for children under age 3.
Fully poseable figure.