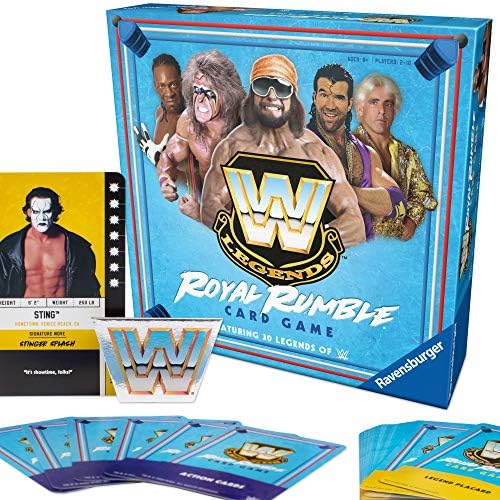 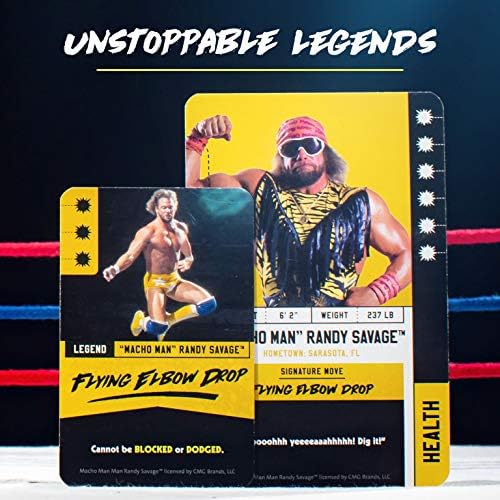 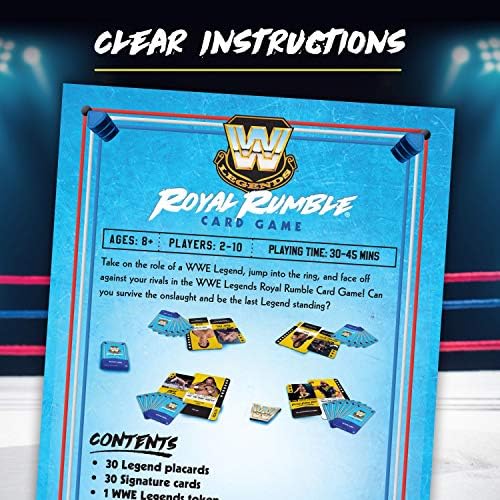 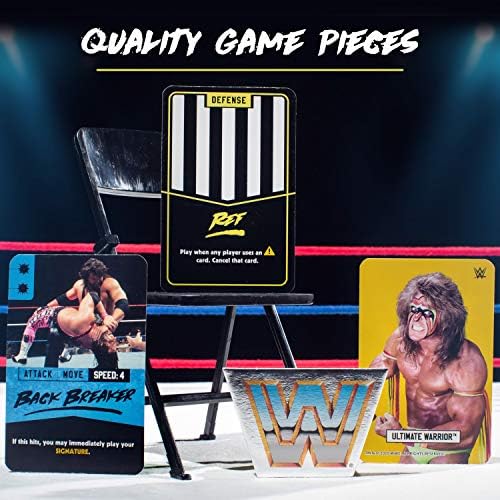 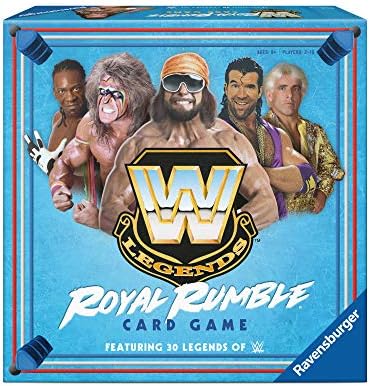 Enter the ring as a WWE Legend and face off against your rivals in the WWE Legends Royal Rumble Card Game! Use electrifying attacks and signature finishing maneuvers to eliminate your opponents! New Legends enter the Rumble as other as thrown over the top rope. Can you survive the brawl to remain the last Legend standing?
30 WWE Legends! – In this easy-to-learn party game, each player steps into the ring as a WWE Legend, including Andre the Giant, “Macho Man” Randy Savage, Jake “The Snake” Roberts, The Million Dollar Man, Batista, Sting, and more!
Perfect for Families and WWE Fans – Whether you’re playing with a group of WWE fans, classic board gamers, or your family, WWE Legends Royal Rumble Card Game is perfect for any game night occasion and makes a great gift for WWE fans!
Great Replay Value – With over 30 Legends, WWE Legends Royal Rumble Card Game plays 2-10 players ages 8 and up, and takes 30-45 minutes to play.
What You Get – Each game comes with 30 WWE Legend placards, 30 Signature Move cards, 1 WWE Legends token, and 150 Action cards including kicks, strikes, movers, cheap tricks, and more!
Clear Instructions – Learn to play with a clear, high-quality, step-by-step rulebook, or search for “Watch It Played! WWE Legends Royal Rumble Card Game” on YouTube for a video tutorial.
Ravensburger has been making quality, award-winning games for the head, hand, and heart for over 130 years!