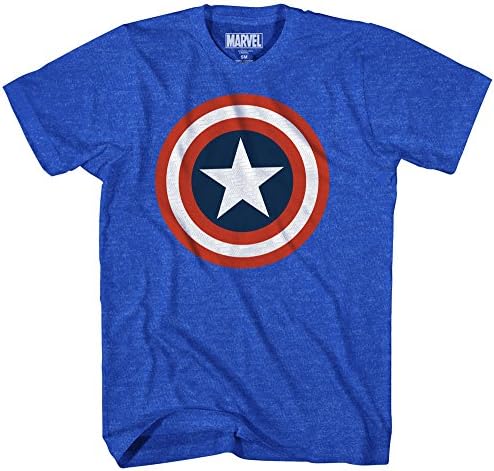 Captain America is a recipient of the Super-Soldier serum, World War II hero Steve Rogers fights for American ideals as one of the world’s mightiest heroes and the leader of the Avengers. When he enlisted to fight in World War II, he didn’t do it to become a hero, or an icon, or a legend; he did it because he felt it was the right thing to do. America’s World War II Super-Soldier continues his fight in the present as an Avenger and untiring sentinel of liberty.

Captain America’s Super-Soldier treatment dramatically slowed his aging process, allowing him to survive decades frozen in ice near the Arctic circle before emerging to resume life as one of Earth’s most powerful Super Heroes.

The Super-Soldier serum given to Steve Rogers converted him into a mighty warrior with strength, stamina, and agility that exceed the traits of any challenger.

Steve Rogers is an ideal leader and strategist, with the charisma and foresight that makes him the obvious choice to command nearly every super team he’s been a member of.

Featuring a bright color graphic of Captain America’s iconic shield in red and white on blue, of course!
Show your love for the Avengers and Captain America with this high quality, soft and comfy t-shirt for men
Makes a great gift for the Marvel Comics and Marvel Studio fan in your life