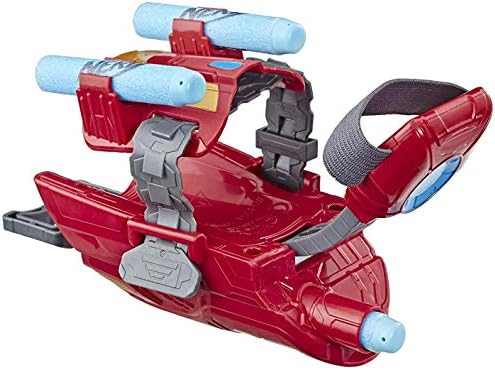 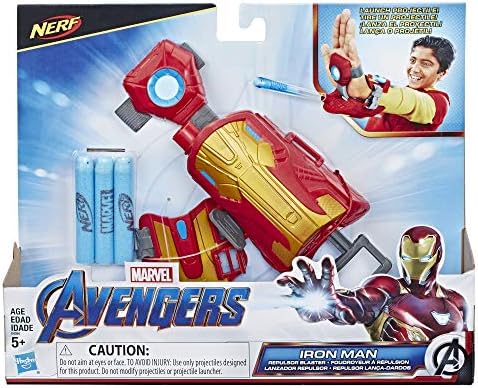 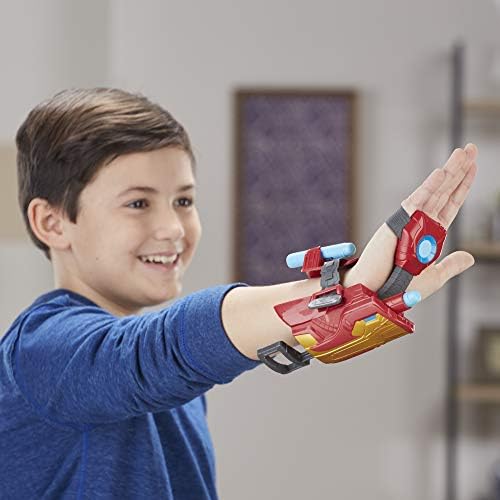 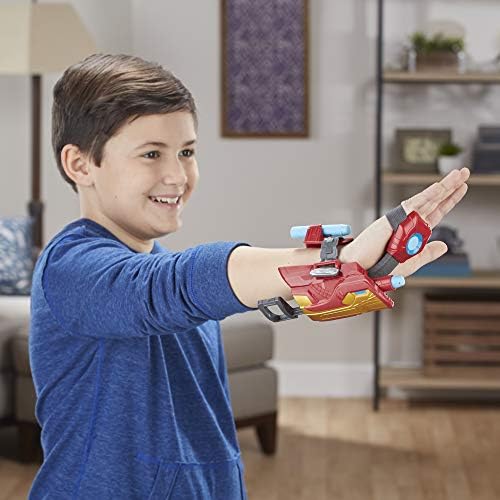 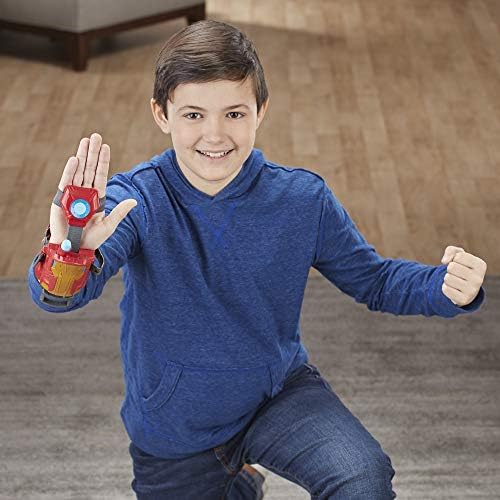 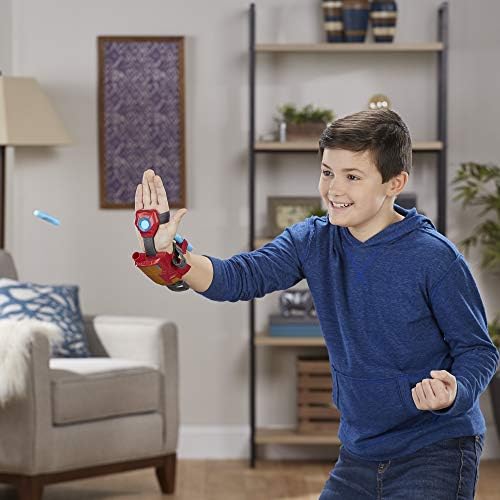 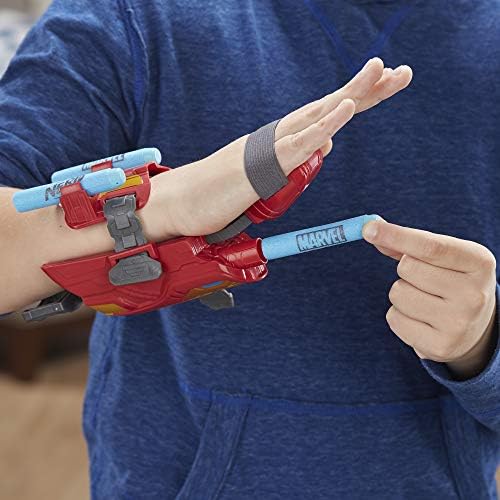 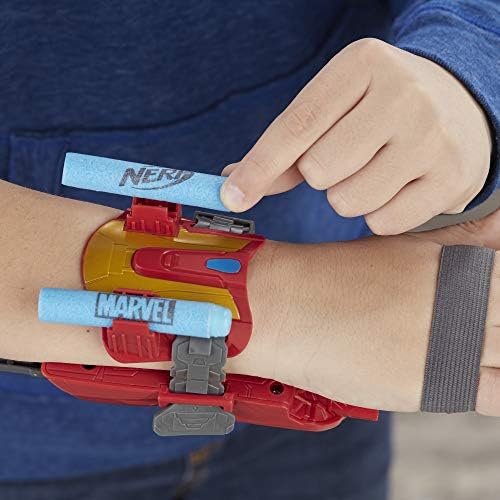 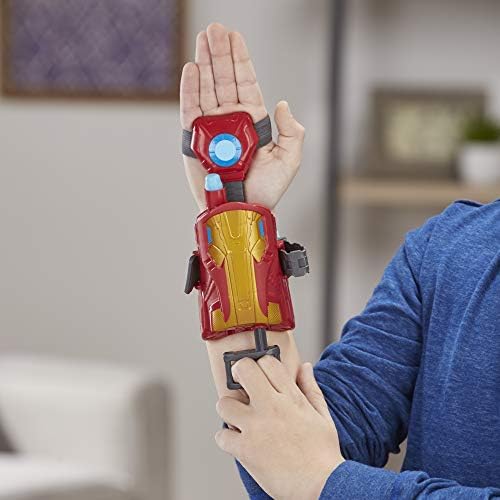 Iron Man suits up in gear powered by his arc REACTOR to battle enemies of the Avengers.
there’s more to being a super hero than capes and fancy suits. Being a super hero is about defending Justice and knowing when it’s time to fight as a team! Kids can imagine powering up for action alongside their favorite Super heroes, like iron Man, Captain America, Spider-Man, black Widow, Hulk, black Panther, thor, and more, with Avengers figures and role-play (each sold separately)! Avengers, assemble!
Iron Man’s blast Repulsors – when Tony Stark suits up as the Avenger iron Man, He uses his Repulsors to blast his enemies and fly. Kids can imagine the action with the iron Man blast Repulsors gauntlet.
Powered by Nerf – the iron Man blast Repulsors gauntlet comes with 2 nerf darts, so when kids load a dart into the gauntlet, they can launch it and imagine sending a Repulsors blast at iron Man’s enemies.
Gear up like iron Man – when kids wear the iron Man blast Repulsors gauntlet with the iron Man hero Mask (sold separately) they can imagine the adventures of the arc-reactor-powered Avenger.
Imagine the Avengers’ Adventures – the Marvel universe of Comics, movies, cartoons, and television shows is full of heroes like iron Man and the Avengers, and now kids can imagine joining in on the action.