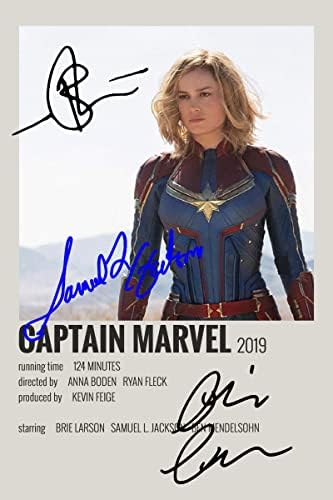 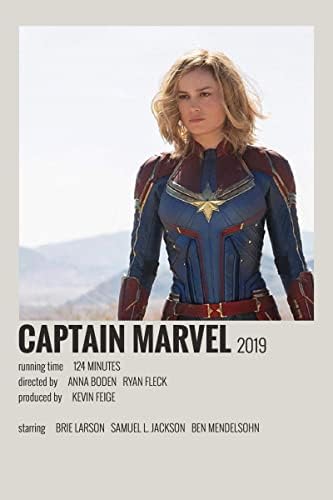 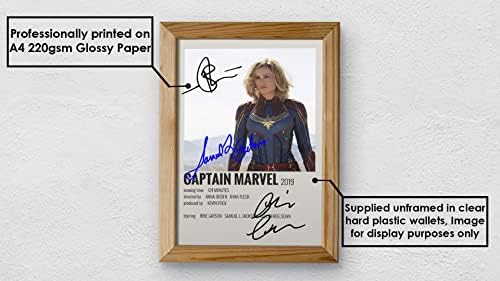 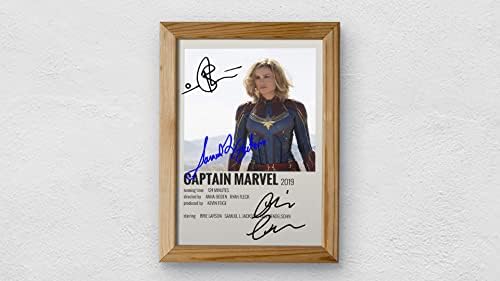 GREAT PRINTING QUALITY FOR THE MOVIE ENTHUSIAST: Professionally made in our studio, this poster come with a high-quality A4 picture alongside a printed copy of the stars autograph signatures. We use modern advanced printing technology to bring you visual enjoyment.
PRE-PRODUCTION: Marvel hired Anna Boden and Ryan Fleck to direct Captain Marvel in April 2017, after the duo impressed the studio over numerous meetings with their vision for the character and because of their experience working in both television and film. Feige said that he and Marvel were particularly impressed with Boden and Fleck’s ability to create a diverse range of character-driven stories in all of their works.
FILMING: The location shooting occurred at the end of January 2018. Set photos taken at that time showed Larson in a green-and-black uniform instead of the character’s familiar red-and-blue suit. Feige responded by saying that Marvel accepts the risk of set photos being leaked as a consequence of location shooting, and felt that “most people are savvy enough to know they’re looking at a behind-the-scenes photo, completely out of context.
DEVELOPMENT: By May 2013, Marvel Studios’ writing room had produced a script for a film featuring Ms. Marvel, an alias used by the character Carol Danvers before she took the mantle Captain Marvel.Later that year, executive producer Louis D’Esposito said the studio was interested in a female-driven superhero film and had plenty of “strong female characters” from which to choose, suggesting Captain Marvel, Black Widow, Pepper Potts, or Peggy Carter as possible candidates.
WONDERFUL GIFT: A wonderful gift for family or a friend. Ready to be framed, the perfect indoor wall art décor. A great addition to a man-cave or home bar. Could also be hung in the living room, bedroom, dining room, bathroom, kitchen, sofa background, stairs, restroom, etc. Please feel free to contact us if you have any queries. A simply great gift Idea!